This fall the Mosse/Weinstein Center welcomes a new faculty affiliate, Chontel Syfox, Assistant Professor of Classical and Ancient Near Eastern Studies. Professor Syfox holds a Ph.D. in Theology from the University of Notre Dame University. Her research focuses on the reception and interpretation of the Hebrew Bible in Second Temple Jewish Literature. 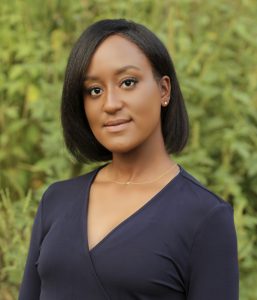 The Book of Jubilees is a Second Temple Jewish work, written circa 160-140 BCE, and widely considered to be an example of Rewritten Scripture. Texts belonging to this genre rewrite works that eventually made it into the biblical canon. Characteristically, such texts follow the biblical work quite closely, sometimes adding details and at other times omitting information, in order to recast and correct earlier traditions. They are also often written pseudepigraphically, in the name of a famed biblical figure. Jubilees, which purports to be revelation disclosed to Moses whilst he was on Sinai to receive the tablets bearing the Ten Commandments, is a rewriting of the Book of Genesis and some chapters of the Book of Exodus. I was drawn to Jubilees due to the fact that it is among some of the earliest interpretations of Genesis and Exodus and it appears to offer correctives about issues in the biblical texts that have regularly been observed and questioned by modern readers.

In your study of biblical texts you often focus on depictions of women, including Sarah, Rebekah, Leah, and Jezebel. What do these figures suggest about women’s roles in that period?

Ideas about appropriate and inappropriate gender performance are constantly in flux, being negotiated and renegotiated across time, place, and groups of people. This negotiation happens not just in our lived experiences, but also in the texts that communities and cultures produce. The Bible is not a monolith; it contains texts penned by a variety of writers who lived in different times and places and had their own authorial agendas. Unsurprisingly, then, we find competing images of femininity standing alongside each other in the biblical text. Some female characters appear to defy gender norms, whilst others seemingly reinforce stereotypically patriarchal ideas about the performance of femininity. In either case, it is important to ask who benefits from such depictions of women? It is often the case that the portrayals of female characters in biblical literature serve the ideological and exegetical concerns of the elite male Israelite authors who wrote for a largely male imagined audience.

Tell us about the course you are teaching this semester on sexual violence in the Bible.

My course, Texts of Terror: Sexual Violence in the Bible, focuses on Hebrew Bible texts depicting sexual violence. Students explore the reception of these stories throughout the history of biblical interpretation, considering “malestream” and gender-nuanced readings, as well as in art and film. We also consider how these troubling biblical texts relate to and normalize instances of gender violence in modern society. Instead of a final paper, students produce podcasts that shine light on the connections between biblical stories about gender violence and contemporary issues such as rape culture on college campuses, victim blaming, and the myth surrounding female purity and virginity.

What do you hope students will take away from your courses?

My hope is that students recognize that one does not have to be “religious” to study biblical literature. In fact, one can and should submit biblical literature to the same kind of critical examination that we would submit other literary works to. In doing so, students sharpen skills that will benefit them long after they graduate, such as reading closely and critically, engaging in thorough analysis that considers multiple viewpoints, formulating articulate and non-dogmatic arguments, and communicating with both honesty and sensitivity across boundaries.