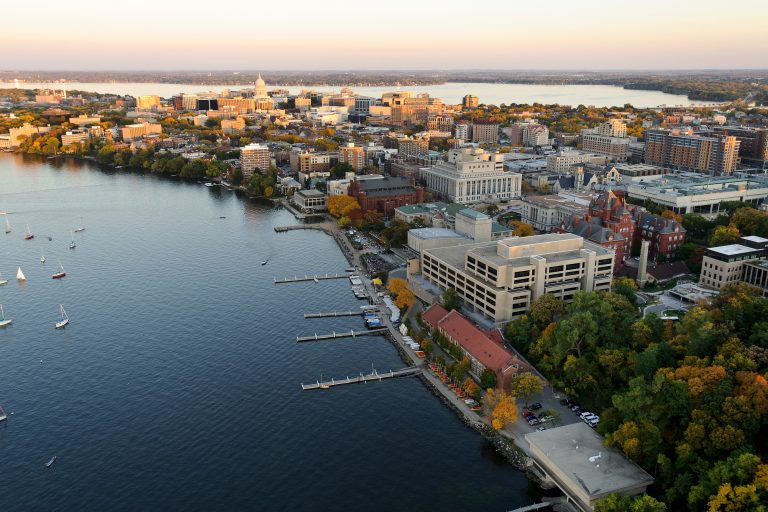 You can connect (or reconnect) with the Center for Jewish Studies in any of the following ways:

This is an accordion element with a series of buttons that open and close related content panels. 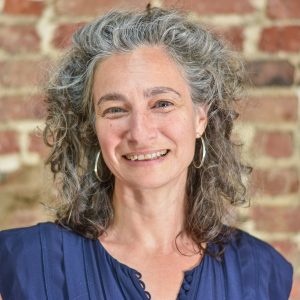 When Annie Polland (BA ’95) began to take Jewish Studies courses in the early 1990s, she had no specific career path in mind. A native of Milwaukee, Polland was simply following her interests when she declared a Jewish Studies certificate on top of her double major in Hebrew and Semitic Studies and Political Science. One of the Center’s first graduates, Polland now serves as the president of New York City’s Tenement Museum, helping to bring the history of the Lower East Side to life for thousands of visitors each year. In ways that Polland could not have anticipated during her college years, her education at the UW provided the foundations for her current work as a historian of New York’s vibrant Jewish community.

To earn her Jewish Studies certificate at the UW, Polland took a wide range of courses in Jewish history, literature, and culture. From Professor Gilead Morahg, who taught Israeli fiction, she gained a deeper understanding of Jewish literature within its historical context. From David Sorkin’s course Modern Jewish History, she came to appreciate the value of studying history through a dual lens: at once national and distinctly Jewish. In Hebrew courses with instructors such as Bilha Mirkin and Haya Yuchtman, Polland improved her language skills thanks to the energy and expertise these teachers brought to their classrooms.

As she approached graduation in 1995, Polland recalls, “I knew I wasn’t done learning.” Walking up Bascom Hill one day, she realized that she wanted to attend graduate school. Following lines of interest encouraged in her courses at the UW, she decided to pursue a doctorate in Jewish history at Columbia University.

During Polland’s second year at Columbia, she got a job giving walking tours and discovered that she loved talking about the built environment and fielding questions from the public. As she led groups past many of the places that figured into her historical research, the Lower East Side seemed to her “like a stage set for the ideas in my dissertation to play out.” City blocks that had been revitalized by a recent wave of immigrants from China were animated by “the same dynamic that would have infused Hester Street” in past decades.

Unlike many graduate students, Polland did not see herself becoming a professor. She also had no interest in leaving New York. After receiving her Ph.D., she gravitated toward public history, finding ways to connect this work to her research interests. As Vice President of Education at the Museum at Eldridge Street from 2004 to 2009, she wrote a history of the famous Eldridge Street Synagogue, Landmark of the Spirit. Later, as the Tenement Museum’s Executive Vice President for Programs and Education, she co-authored an award-winning book, The Emerging Metropolis: New York Jews in the Age of Immigration.

After serving for several years as Executive Director of the American Jewish Historical Society, Polland returned to the Tenement Museum in 2021 to become its president. With exhibits that recreate the homes of working-class tenants from the late nineteenth century to the 1970s, the museum makes the history of ordinary people accessible. Tours of its two buildings feature the recreated apartments of residents from various ethnic groups, including Jewish families such as the Rogarshevskys, who worked in the garment trade in the 1910s, and the Epsteins, Holocaust survivors who lived on Orchard Street in the 1950s. The latter building also features the homes of a Puerto Rican family and a Chinese family. In addition to building tours and neighborhood walking tours, the Tenement Museum offers a website (www.tenement.org) with virtual tours, digital exhibits, lesson plans, and a wealth of information about life on the Lower East Side.

Polland enjoys the collaboration involved in this work and its capacity to reach a wide audience. Prior to the pandemic, attendance peaked at 275,000 onsite visitors per year. In 2022, she expects about 120,000 onsite visitors and 226,000 virtually. This year Polland is especially excited about a new exhibit that will reveal another layer of Lower East Side history: an apartment once occupied by Joseph and Rachel Moore, a Black family that lived in the area in the 1860s-1870s.

“Going to Madison was one of the best things that happened to me,” Polland reflects. Fortunately for CJS, she has maintained her connection with the university. In April, Polland welcomed a group of UW students to the Tenement Museum as part of a field trip led by CJS Director Tony Michels and Professor Ethelene Whitmire, Chair of the Department of Afro-American Studies. (See pp. 6-7 for details.) This July, she will participate in our annual Greenfield Summer Institute, where she will give a lecture on Yiddish cookbooks and what they reveal about the changing expectations of Jewish mothers. (For more on this year’s Greenfield, see p. 3.)

Looking back on her college years, Polland recalls Madison as “a place where learning was honored and respected.” Through her work at the Tenement Museum and beyond, she remains committed to education as a lifelong process. 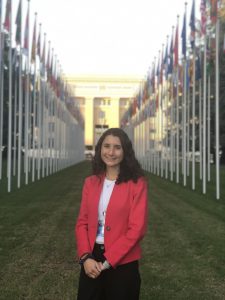 Hilary Miller graduated in 2019 with a double major in History and Political Science and a certificate in Jewish Studies. She is now working with United Nations Watch in a yearlong fellowship named for civil rights activist Morris Berthold Abram (1918 – 2000).

What is UN Watch, and what do you do as a Morris B. Abram Fellow?

UN Watch is a human rights non-governmental organization based in Geneva, Switzerland. We monitor the United Nations by holding it to account by the yardstick of its own charter. In doing so, UN Watch calls out the hypocrisy and lies spouted by rogue countries within the UN system. UN Watch also works to ensure the fair and equal treatment of Israel at the U.N., where the delegitimization, demonization, and holding Israel to a double standard have become common practice over the last few decades.

As a Morris B. Abram Fellow, I assist in monitoring UN plenary sessions and special mandate holders. I write briefings, press releases, and blog posts on current events and UN Watch campaigns, and develop content for UN Watch social media platforms that reach thousands of viewers from around the world each day. I also assist in writing opinion editorials and speech testimonials presented at the UN Human Rights Council.

How does your work draw on your training in Jewish studies?

A core understanding of Jewish studies has been fundamental to my work with UN Watch, especially in my capacity as a monitor of bias against Israel at the United Nations. I regularly draw upon lessons from Professor (Amos) Bitzan’s seminar on antisemitism, where I learned to distinguish between hatred towards Jews and hatred towards Israel, as well as what constitutes legitimate criticism of Israel versus when criticism of Israel is a guise for anti-Jewish bigotry. Furthermore, having a rich understanding of Israeli history has allowed me to contextualize outlandish claims made by country representatives who regularly derogate Israel’s legitimacy and question its right to exist.

Last fall you addressed the UN Human Rights Council. What was that like?

Although the UN Human Rights Council is flawed in many ways, being able to speak before the world’s top human rights body was a privilege. I learned a great deal in preparing my testimonial, which required reading through extensive UN reports on Equatorial Guinea’s human rights record and preparing a 90-second argument that was clear, concise, and included a call to action. I chose to call out the government’s ongoing use of torture and violence against human rights defenders—a clear contravention of international humanitarian law used to stifle free speech and dissent.

Jonathan Pollack publishes new book on the history of Jewish life at UW-Madison. 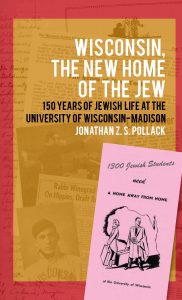 In Wisconsin, The New Home of the Jew, Jonathan Z. S. Pollack describes the daily lives, contributions, and challenges of Jewish students, faculty, staff, and alumni at UW–Madison. The early establishment of student Zionist groups, Hillel, and fraternities and sororities at UW set examples for campuses nationwide. In the decades that followed, Madison’s Jewish faculty included a remarkable constellation of internationally renowned scholars. As Pollack shows, however, this is also a story of fluctuating reactions to the Jewish presence and recurring anti-Semitism on the part of the administration, local residents, and state government. Amid periods of acceptance and embrace, discrimination and exclusion, Jews with a stake in the University invested in their community and left a lasting imprint on UW and beyond. The entire book is available for download – click here for the pdf.