This fall students can take five new courses through Jewish Studies: Jewish Humor, Israeli Culture in Music and Film, Muslims and Jews, Sexual Violence in the Bible, and Anne Frank. 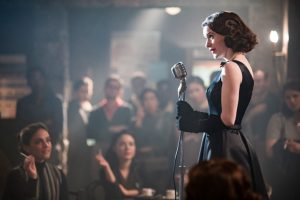 In Sunny Yudkoff’s Jewish Humor, students examine a diverse array of jokes, short stories, films, websites, conceptual art, and cultural kitsch. While the focus is on American texts from the 1880s to the present, the class will also consider humor in classical Jewish texts, from the Hebrew Bible to the Middle Ages. 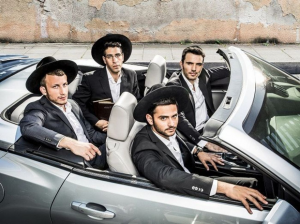 Israeli Culture in Music and Film, taught by Marina Zilbergerts, explores music, film, and television from the 1960s to the present. Students consider how different sectors of Israeli society are represented and what the conventions for humor, suspense, and tragedy convey about Israeli culture.

Adam Stern’s Muslims and Jews: Medieval History, Modern Memory focuses on the legacy of Andalus, the Arabic name for the areas of the Iberian Peninsula governed by Muslims during the Middle Ages and inhabited by large communities of Jews and Christians. The name “Andalus” evokes in modern writers and artists the convivencia—“living together”—that prevailed there and inspired a flowering of intercultural productivity.

Another new offering this fall is Sexual Violence in the Bible, taught by Chontel Syfox of the Department of Classical and Ancient Near Eastern Studies. Her course explores the challenges posed by the presence of gender violence in the Hebrew Bible and the various responses to those challenges throughout the history of interpretation.

Finally, Jolanda Vanderwal Taylor of the Department of German, Nordic, and Slavic Studies is teaching Anne Frank. Students in this course learn about Jewish communities in the Netherlands, and the Frank family in particular, within the context of the Holocaust, World War II, and the Nazi occupation.