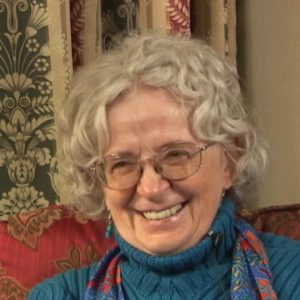 Claudia Card, a longtime University of Wisconsin-Madison philosophy professor, alumna and pioneer in the area of feminist philosophy, died on Saturday. She was 74.

Card, who had been diagnosed with cancer in 2014, taught decades of UW-Madison students about ethics, moral philosophy and social philosophy. She studied, wrote and spoke about feminism, lesbianism, character and moral luck, atrocities and more.

“Claudia was an extraordinary person, a pioneer in the field of feminist ethics when it barely existed, and a wonderful mentor to me and to many, many students,” said fellow philosophy Professor Paula Gottlieb, a close friend of Card. “Their messages and the messages of others on Claudia’s CaringBridge website read like a who’s who of feminist philosophers.”

During the latter stages of her career, Card, the Emma Goldman (Wisconsin Alumni Research Foundation) Professor of Philosophy, trained her focus on one of life’s most vexing issues: evil.

“In 1998 I realized that I had been teaching about evils in many courses my whole career — evils of sexism, homophobia, anti-Semitism, racism. So I decided it was time to address the concept of evil in general,” Card said in the Department of Philosophy’s fall 2012 alumni newsletter.

Card had been at work on the third book in a trilogy on evil, after writing the treatises The Atrocity Paradigm: A Theory of Evil in 2002 and Confronting Evils: Terrorism, Torture, Genocide in 2010.

Card (B.A.’62, Philosophy) first came to UW-Madison in 1958 after graduating from Pardeeville High School, where she was valedictorian of her class. She began teaching at UW-Madison in 1966 and, after completing her Ph.D. at Harvard University in 1969, joined the faculty of her alma mater.

She earned the rank of full professor in 1984 and established herself as an authoritative voice on feminist thinking. In 1996, Card was named Distinguished Philosopher of the Year by the Society for Women in Philosophy.

“She used vivid examples in class, whether it was an experience from campus in the 70s, a clipping from that morning’s New York Times, or a framed broken board from a feminist self-defense class. She challenged her students to not only be better scholars, but better people — people who understood our political, moral, and intellectual impact in the world.”

Card served as president of the American Philosophical Association’s Central Division — a major honor in the field — from 2010-11, and received UW-Madison’s prestigious Hilldale Award for the arts and humanities in 2011, an honor she said “feels like a reward for my whole career.”

“I’ve just loved being a professor,” Card told the Wisconsin State Journal in January. “I think it’s a great life.”

A celebration of her life was held on Oct. 11 at the Pyle Center’s Alumni Lounge.