This lecture will also be livestreamed, via Zoom, for anyone unable to attend in-person. Please check back soon for the Zoom information.

Antisemitism on the political left has, in recent years, received a considerable amount of attention in the U.S., U.K., and many other countries. The question of how “significant” left antisemitism is, particularly in comparison to antisemitism from other parts of the political spectrum, has become a heavily disputed one. In particular, some on the left argue that the emphasis Jewish communal bodies place on left antisemitism – and in particular on fighting progressive criticism of Israel and Zionism – is “disproportionate” and weakens the fight against more existentially threatening antisemitisms. In this lecture, Dr. Keith Kahn-Harris will suggest some reasons why left antisemitism is of such deep concern to many Jews. Far more than other forms of antisemitism, Jews often experience left antisemitism “intimately,” as the product of a set of deeply personal and deeply political entanglements. That intimacy is revealing of Jewish hopes placed in progressive politics and of bitter disappointments when those hopes are not fulfilled. By paying attention to intimacy as a factor in the Jewish experience of antisemitism, we can find more productive ways of thinking about the significance of left antisemitism. 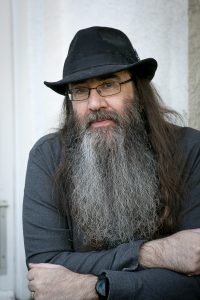 Dr. Keith Kahn-Harris is a sociologist and writer, based in London. He is a senior lecturer at Leo Baeck College, an associate lecturer and honorary fellow at Birkbeck College, and the project director of the European Jewish Research Archive at the Institute for Jewish Policy Research. The author or co-author of eight books, editor of several collections and many articles and reviews, his career bridges academia and multiple other worlds. His book on antisemitism, Strange Hate: Antisemitism, Racism and the Limits of Diversity was published in 2019. His most recent books are The Babel Message: A Love Letter to Language (Icon) and What Does A Jew Look Like? (in collaboration with Rob Stothard).

Made possible by the Wiseman fund