The first Jewish kirtan organization was founded in Bombay in 1880, and for the next forty years, kirtan arguably became the most important Marathi Jewish performance medium. Why would Jews adopt a performance form that had been attached to Hindu temple worship for 700 years? And how did they manage to transform it so that it would become not only accepted, but beloved, within the Bene Israel community? The Bene Israel are a deeply religious and observant Jewish community who adapted a Hindu cultural form strategically and performatively. It was no easy task to generate Jewish identity through Hindu song forms, but the socio-political climate of the late nineteenth century made it a project worth pursuing. Bene Israel kirtan tells a story of translation that includes and exceeds the adaptation of Hebrew texts into Marathi texts. By translating not only language, but also religious practices and musical styles, Bene Israel leaders negotiated an Indian Jewish voice vis-à-vis Hindus, Christian missionaries, Indian Christians and Muslims, and global Jewry.

This event will be held virtually. Use Zoom link below to join the webinar (no RSVP required):
https://uwmadison.zoom.us/j/99365006824?pwd=RldaWFphYkNHcjRuaGU5NkJ6aTVnUT09 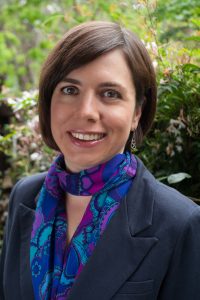 Anna Schultz is Associate Professor of Music at the University of Chicago, where she is also an associate member of the Department of South Asian Languages and Civilizations and a member of the Greenberg Center for Jewish Studies. The core issue animating her research in India and beyond is music’s power to activate profound religious experiences that in turn shape other identities. Her first book, Singing a Hindu Nation: Marathi Devotional Performance and Nationalism, was published by Oxford University Press in 2013, and her second book, Songs of Translation: Bene Israel Gender and Textual Orality, is also under contract with OUP. 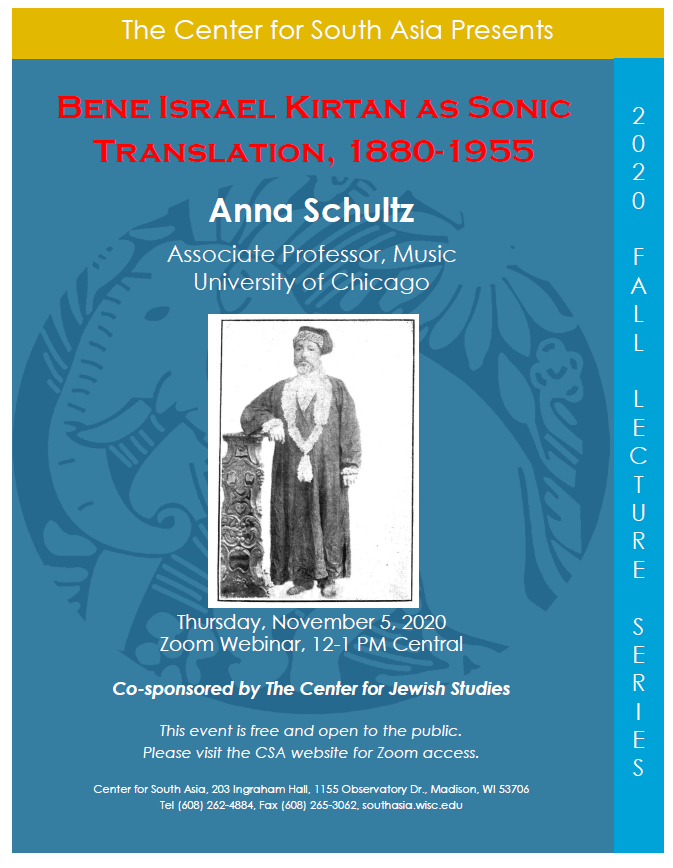